The wonderful thing about being a child is their inherent curiosity. Their inquisitive nature takes note of the tiniest critters that live amongst us and their unbound imagination allows them to escape to mystical places. In this edition of Wildlife In Spotlight our young conservationists prompt us to explore some of nature's most magnificent splendors while drawing our attention to creatures that we sometimes fear, shriek at or simply avoid. The themes their advocacy focuses on in this edition are awe, unconditional acceptance and a spirit of adventure!
“When you see someone putting on his Big Boots, you can be pretty sure that an Adventure is going to happen.”
-Winnie the Pooh ( A.A. Milne)
I invite you to put on your Big Boots and follow our young conservationist on the trail.
​
I would like to take this opportunity to thank all our young conservationists for sharing their thoughts and talent with us and for raising awareness on the important issue of wildlife conservation! Bravo!

If you have a comment or a question for a contributing artist, poet or writer please send those to me using the comment box in the 'Contact Page' and I will forward it to them.
ART 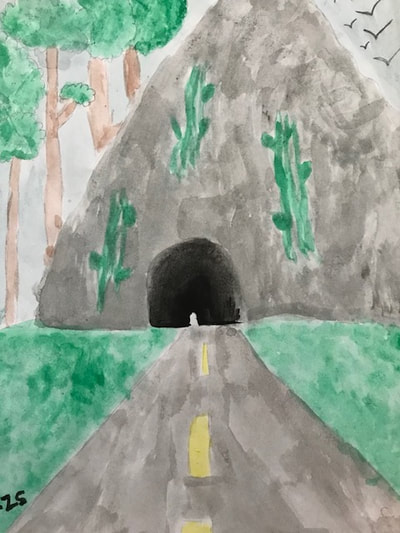 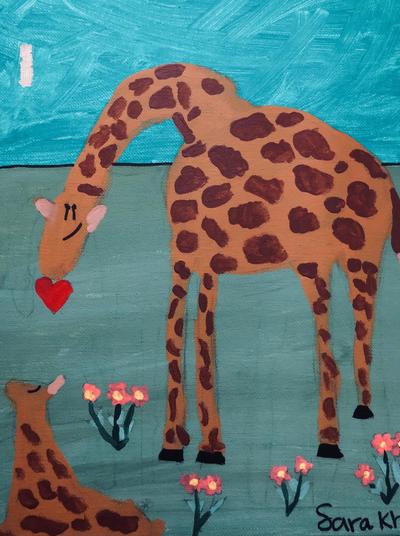 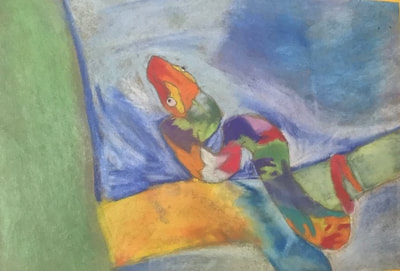 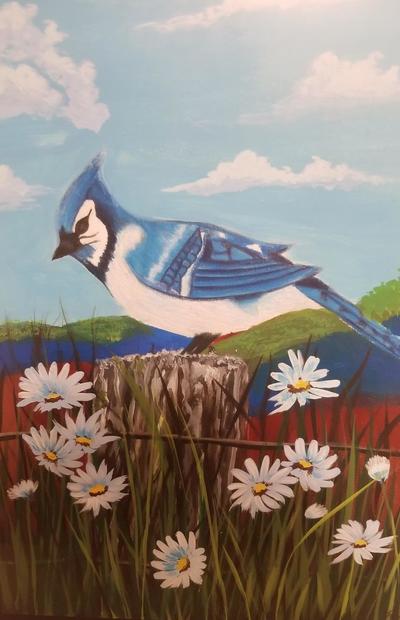 Creatures lurk in the darkness
Sleep at dawn,
When you see them,
They mean no harm. Read more
SHORT ESSAYS AND STORIES
Zoe The Golden Zebra
By: Emily H
Age: 10
Atlanta, GA USA
Meet Zoe, a rare golden zebra. She is one of the rarest zebras in existence. Sometimes called a "white" zebra, Zoe isn't an albino. She has amelanosis, a pigmentation abnormality. She is lacking in color pigments called melanins. Her stripes are a light beige instead of black. She has lovely blue eyes but has poor night vision. Read more
Lake Tanganyika
​By: Arjun G
Age: 10
​Sydney, Australia
Today I would like to share with you one of my favorite landmarks on Earth, the great Lake Tanganyika. Lake Tanganyika is the longest lake known to mankind with the length of 673 km. Do you know how much water this lake can hold? Can you estimate how many olympic size swimming pools you can fill with this lake? Well I was amazed when I did my calculation! 7.56 billion swimming pools can fit in Lake Tanganyika. Yes, you read that right folks, 7.56 billion swimming pools can fit in Lake Tanganyika. Read more
8th Perspective
Rania Z
Age: 13
​Houston, Texas
It scampered along the baseboards, each dwindly, hairy leg moving as one. It stopped for a moment, it’s eyes surveying the home. It moved again, slightly, creeping slowly towards the open door.  Then, it saw the shadow. A shriek rang through the air.  A long, manicured finger pointed accusingly at the creature.

The arachnid scurried away from the human, running as quickly as it’s eight legs could carry it.  It knew what would happen if he were caught.

​Infamously popular, a spider would probably be one of the most feared creatures on the planet. But contrary to many beliefs, spiders aren’t guilty of misdeeds as we think they are. Read more
Aye Aye
By: Tanya S
Age: 13
Hyderabad, India
Madagascar is home to some of the world’s rarest creatures. One of which is the Aye Aye. This primate is rapidly moving towards extinction firstly due to the fact that this species is native to only the secluded island of Madagascar but also because of an ancient myth spread throughout the natives of Madagascar which classifies it as a demon. Possibly due to the fact that it has large rodent like ears, round wide eyes and it's entire body is covered in coarse black or brown fur. The myth states that if the Aye Aye points a finger at you, you will die; if an Aye Aye is spotted, a villager will die. In both cases, the solution is to kill the Aye Aye. Read more
​Announcement

I often get requests from young readers asking me if they can contribute to my newsletter, or if I could showcase their favorite animal. A couple of years ago, I decided to honor that request and since then have dedicated the annual Summer Issue titled, Conversations on Conservation, to showcasing their thoughts and ideas on wildlife conservation. If you are a young conservationist and would like to participate in the next Summer edition please contact me via the 'Contact' page.