​There are more tigers in captivity than in the wild
Photo credit: John Goodrich/www.panthera.org,   Photo used with permission
​​In Spotlight: Tiger
Species At A Glance:

Only a century ago there were more than a 100,000 tigers in the wild; a number that accounted for the nine subspecies of tigers believed to have evolved around 2 million years ago.

Listed below are the nine subspecies of tiger along with their IUCN status and their estimated population in the wild. To learn more about each subspecies, their habitat and other interesting facts about them please visit World Wildlife Funds – Tiger 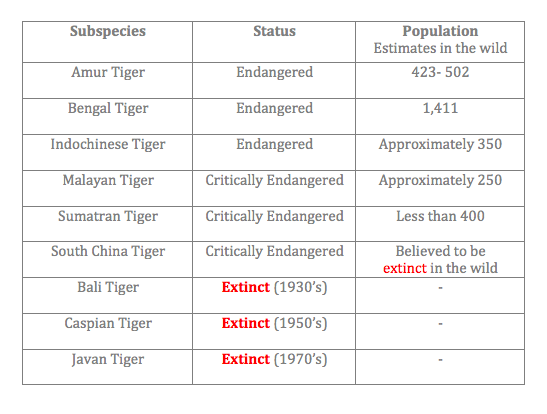 The Plight Of Tigers In Captivity - A Tragic Reality:

There are more tigers in captivity than there are in the wild. An estimated 5,000 tigers are privately owned in the United States and another 5,000 – 7,000 live in tiger farms in Asia.

…“After China banned tiger bone trade for medicinal uses in 1993, commercial breeding boomed – despite a 2007 CITES decision to phase out tiger farms. In 1986, there were about 20 captive tigers in China; today there are 5,000-6,000 tigers in perhaps 200 farms, ranging from small facilities to massive breeding operations, with two of those housing more than 1,000 tigers, according to a 2013 report by the U.K. –based Environmental Investigation Agency (EIA). Many are run as tourist attractions, with some facilities even masquerading as tiger conservation sites. Under regulation introduced in the last ten years, “utilization’- aka sale- of certain products derived from captive-bred endangered species, including tiger skins, is legal. This trade is perpetuating demand, and stimulating poaching, says EIA lead investigator Debbie Banks.”…(Excerpt from Tigers Forever, Saving the world’s most endangered big cat)
Illegal Wildlife Trade – The Big Picture

Conservationists often liaise with governments and create laws that give species protective status as soon as and in some cases even before they are identified as threatened or vulnerable. However, if governments lack the infrastructure to strictly enforce these laws these regions become hotspots for illegal wildlife trade pushing the species on a silent, but imminent path to extinction.

Illegal wildlife trade is a lucrative business; in 2008 INTERPOL estimated it to be a 20 billion dollar industry. Given these numbers we often assume that huge profit margin serves as an economic incentive for locals to become poachers, and that is a misconception. Tiger poachers have no economic advantages in pay scale over the unskilled laborers in their region. In other words, they are likely to make the same money whether they choose to be a poacher or an unskilled day laborer. To put this in context, in one documented case in India (where daily wages for unskilled laborers range between $2.50 – 5.50/ a day), a trader paid a group of four poachers a total of $15 each for killing a tiger. This tiger, which was killed for $60, is worth $100,000 in the Black market in China. It is not individual poachers who profit from these horrendous crimes, but an international network of organized criminals who run the illegal wildlife trade that profit from it. The same people who are involved in illegal arms deals, drugs, and human trafficking. According to INTERPOL, these organized criminals are funneling money from the illegal wildlife trade to fund wars and create political unrest around the world. The insurgencies not only cripple individual nations, but such regional instabilities impacts the entire global community. Not many people realize that illegal wildlife trade is not just an environmental issue, but one pertaining to national security and global stability.

The six subspecies of tigers live in different terrains, yet the threats they face in the wild are identical. The tiger population has declined rapidly over the last 100 years because of
1.  Poaching: Poaching remains the single largest threat to the wild tiger population. Tiger parts are used in Traditional Chinese medicine. The insatiable demand for tiger parts has been relentless and as a consequence of which fewer than 3,900 individuals remain in the wild. Included in this segment are interviews with a leading tiger conservationist as she shares her thoughts and observations about the crises and what can be done to secure the tiger’s future. The segment also includes articles that further illustrate the poaching crisis and the connection between the demand for tiger parts in Traditional Chinese medicine and the Black market that caters to it.


2.  Loss of habitat: Deforestation and fragmentation of the tiger habitat: Habitat destruction due to logging or for planting monoculture crops like Palm oil on a commercial scale has put the species in peril. For the tiger population to thrive they need: a large home range, high prey density, water, protection and a life away from humans. The tiger is the largest among all the big cats of the Asian continent.  They are mostly solitary except for when a female has cubs. Cubs stay with their mother till they turn two after which they move on to establish their own territories. Females have very distinct and defined territories, which they defend fiercely. Male tiger territories on the other hand overlap with a few females. While availability of prey is key in determining the female’s home range, accessibility to food source and a mate is what a male tiger uses to define his territory. Deforestation not only destroys the delicate web of life within these ecosystems, but also fragments the tiger’s home range. Lack of safe wildlife corridors that connect these small forest pockets, make it impossible for the tigers to breed, find prey or establish their territory.

IndonesiaIndonesiaRussia
3.  Loss of prey: Human population growth and commercial development of land has pushed humans to live in close proximity to tiger habitat. These communities often rely on wildlife meat for sustenance, which directly competes with the tiger’s prey. As stated before prey density determines a tiger’s territory; in fact it is inversely correlated, the higher the prey density the smaller the home range and vice versa.

4.  Human-animal conflict: Human-animal conflict is an unfortunate and inevitable consequence of human’s encroaching on tiger habitat. Tigers are shy and solitary animals. However, an ever-shrinking and  prey-depleted habitat force tigers to go after livestock. Communities that live on the fringes of tiger habitat rely heavily on livestock for their livelihood and loss of livestock imposes real economic hardship. Retaliatory killing by poisoning the carcass is a fairly inexpensive, easy and, a risk averse way to get rid of the problem tigers. Pesticides are not regulated in a lot of developing countries and can be bought for as little as $1; which is often what is use to poison the tiger's kill.

5.  Roads and other linear infrastructure: Roads connect isolated-rural villages to cities and provide economic growth opportunities to these regions. What serves to better the lives of humans poses significant challenges for the survival of tigers. The roads, which are of concern, are the ones that either cut through or lead to tiger habitats. Roads fragment tiger habitat and puts adult tigers and cubs at risk of road accidents while old logging roads (which are no longer in use for logging but have remained open to the public) provide easy access for poachers to tiger habitat which was previously inaccessible.

Wildlife Conservation Society
Hope And A Formula For Success:

Recent tiger counts in Russia, India and Bhutan have all indicated a small rise in tiger numbers. The news is encouraging, but we can’t take solace in these small gains; it is time to galvanize. A concerted effort between NGO’s, local wildlife protection agencies, and regional governments supported by research and best practices in the field has the potential to make even bigger strides.

Tigers are a resilient species, but for the population to thrive they need a safe and intact habitat, high prey density, accessibility to a mate, and protection. Nagarhole National Park, India, Huai Kha Khaeng, Thailand and Tambling Wildlife Nature Conservation, Indonesia are examples of places that provide these optimal living conditions for the tigers to thrive. Featured in this segment are Tambling Wildlife Nature Conservation and Nagarhole National Park.

Nagarhole National Park, India: Located on the Western Ghats, Nagarhole is one of 41 tiger reserves in India.  It is a beacon of hope in contrast to some of the other reserves within India, which are struggling to maintain their tiger population. It is home to an estimated 250 – 300 tigers. Dr. Ullas Karanth lives and works at Nagarhole National park. Among his many contributions to tiger conservation he is best known for his pioneering work in counting tigers using camera traps. Included in this segment are two short interviews with Dr. Karanth.
Wildlife Conservation Society
Who to support:

Please find below a list of organizations that are working tirelessly to save tigers.  There are many ways you can support their cause, but the quickest way with immediate impact would be your monetary contributions. Your generous contributions will help train rangers, equip them with better tools to protect tigers, provide much needed funds for surveillance equipment, and so much more. Please send your contributions directly to an organization of your choice. Do visit all the websites listed below as each organization has research teams working in a different tiger range country.

Panthera
Wildlife Protection Society of India
Tambling Nature Conservation
Rimba
Save the Tiger Fund (Now partnered with Panthera),
World Wildlife Funds
Wildlife Conservation Society
National Geographic - The Big Cat Initiative
​
You may also choose to contribute to tiger conservation by buying this beautiful coffee table book for yourself or as a gift.

Tigers Forever  - Saving the worlds most endangered big cat
By Steve Winter and Sharon Guynup.
You can read the description of the book and buy it at the National Geographic store or at Amazon. Part of the proceeds from the book sale will go to Panthera’s Tigers Forever program.  ​
Take Action:

There are more tigers in captivity in the United States than there are in the wild. Please visit World Wildlife Fund to sign petition and protect tigers from becoming backyard pets or entering the illegal wildlife trade. Thank you in advance for your advocacy. 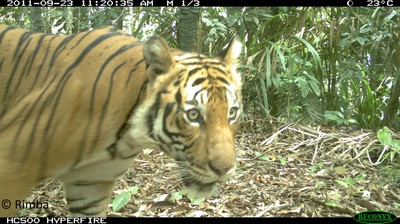 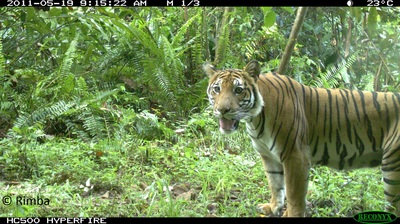