Pinguicula Primuliflora (Southern Butterwort)
By: Tricia B
Age:18
Atlanta, Georgia, USA
Pinguicula primuliflora, or the southern butterwort, is quite a peculiar plant. For such a small plant, on average 8-20 cm tall, it manages to not only be a carnivorous plant (ingesting bugs for nutrients) but also a herbivorous one (ingesting plants for nutrients). Native to the Gulf Plain of the southeastern United States, this little flower has a lot of personality in its insect-capturing ways! While it may not be the most well-known carnivorous plant, the southern butterwort is a very enchanting plant.

The southern butterwort's flowers are described as "... pale purple flowers [that] are solitary, spurred, 2-lobed, and trumpet-shaped" (Ziemer). The rest of the plant has a thin stem that connects to the small, thick 'greasy' leaves that sit at the base of the flower. This pretty plant plays an important role in the ecosystem as a producer and as a consumer as well. The little plant has insects that pollinate their flowers, but also preys on bugs such as mites and mosquitoes. The southern butterwort captures its prey by using its sticky, 'greasy' leaves to draw in and trap small insects. The insects are then slowly digested by enzymes in the leaf that are triggered by the insect's movement, and all the nitrogen is then slowly used up until only a few parts remain. The southern butterwort is unique in its ability to be herbivorous and carnivorous, making it an omnivore of sorts. Omnivores technically gain nutrients from consuming animals in addition to consuming plants, and the southern butterwort falls into this rare category for plants. The Pinguicula family can absorb nutrition from pollen and other protein-rich plant parts that end up stuck on their leaves, making butterworts one of the only herbivorous plants (Bowser).

Historically, humans used the leaves of the plant in medicine and in food. The secretions of the leaves are antispasmodic and antiseptic, so they were often used by Alpine people to treat open wounds (Ombrello). Additionally, southern butterwort and other species of the Pinguilia family were used to curdle milk and tenderize meat in the early twentieth century; however, it was replaced by other sources of protease (Bowser).

I find the southern butterwort so interesting in part to its deceptive appearance and in how its digestive enzymes are used to dissolve the insect. For a plant so tiny and pretty, it manages to survive in nutrient-deprived soil, and it is that weak soil that causes the plant to have its carnivorous ways. The fact that, at first glance, it does not fit the idea of a typical carnivorous plant is particularly what drew me to it, and it is that same deception that often tricks many insects to their end. 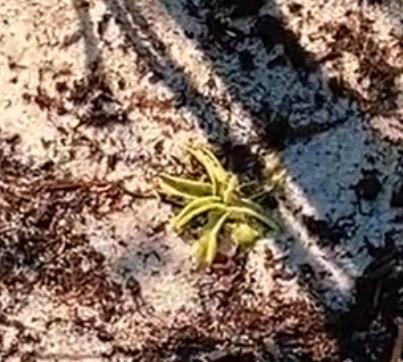 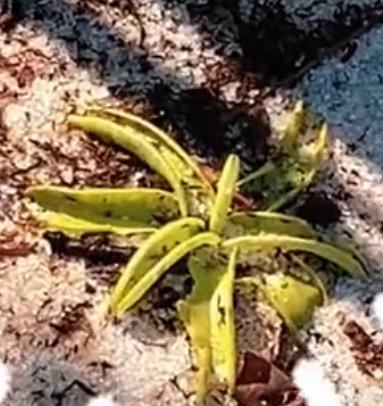 Many thanks to Lorin Boren, School Program Assistant Manager, Atlanta Botanical Garden, for coordinating and facilitating this partnership! ​
Return To Current Issue