The Case of Conradina glabra
By: Allan G
Age: 17
Atlanta, Georgia USA
Throughout the course of human history, helpless flora has befallen beneath the soles of our shoes. Such beautiful beings surround us in our everyday lives, yet we fail to realize how marvelously they are formed and exist in today’s world. We often take for granted all that we get from plants, whether it is food, fiber, shelter, or air; because of our indifference, humans are at fault for the majority of plants’ endangerment.

One such imperiled plant is Conradina glabra, also known as Apalachicola rosemary, a pretty aromatic shrub. C. glabra ranges from three to four feet tall by two to three feet wide. The color of the flower is lavender when it blooms from March to June (“Conradina Glabra”). The branches of this shrub are upright; the leaves are evergreen, needle-like, and mint-scented (“Recovery Plan for Apalachicola Rosemary”). Although C.glabra at first glance is an ordinary plant, it carries an ecological mystery that makes biologists ponder: “what is the genetic status of this plant?!” 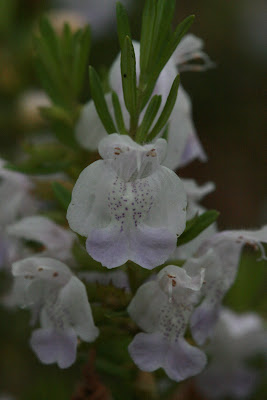 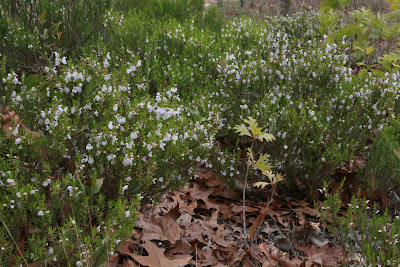 Apalachicola rosemary is a federally listed endangered species that solely resides within a sandy surface in Liberty County, Florida (Eserman 4). Historically, the abundance of this plant is unknown, due to habitat loss and destructive environmental practices. The lumber industry destroyed large populations of this shrub in its native habitat during the 1950s before this species was described in 1962 (“Recovery Plan for Apalachicola Rosemary”). Thus, C. glabra is restricted to Liberty County, near the Apalachicola River. C.glabra has been observed to only grow in this region and at the edges of ravines (“Recovery Plan for Apalachicola Rosemary”). Moreover, C. glabra has been seen to typically grow in open and uninhabited areas rather than in areas of dense tree populations. This makes it hard for this shrub to effectively grow widespread.

Even though Apalachicola rosemary is scarce, the genetic diversity of this shrub has baffled biologists. Researchers discovered that the C. glabra plants found in Liberty County had the greatest genetic diversity. However,  moving further south the genetic diversity decreased (Eserman 4). Furthermore, shrubs that grew less than a meter apart were found to be more genetically similar, though still unique, suggesting that these plants grew from seed reproduction (Eserman 4). Seed reproduction is when plants reproduce via pollination and produce seeds to create more vegetation with genes slightly different than the parent plant. Another method of plant reproduction is clonal propagation, which is when a limb of a plant can fall off, and create an identical plant. Since the genetic sequence from the northernmost region was inconsistent with the southernmost region, scientists believe that this species may have a short seed dispersal and lack pollinators that can facilitate long-distance gene assimilation (Eserman 4). If we invest more resources in researching C. glabra we will discover more about it. Hence, the overall process of examining rare plants can improve. As more trials are conducted to study and conserve plants, more data is collected, and technological discoveries, as well as scientific ideas, are further formalized. More biodiversity on Earth will be discovered and preserved as a result of further conservation based research and studies of in situ conservation (research conducted in natural habitats) all in an effort to continue the flourishing of natural life.
​
C. glabra is rare and an eye-catching ornament of nature that I wanted to bring light to as many may not know about it. C.glabra is beautiful and its journey of survival astonishes me: from its genetic dispersion to its relentlessness to thrive despite human destruction. It is important to see the deeper level of plant life– and how they provide for us. They sustain wildlife, ecosystems, and biospheres while maintaining themselves. They inspire modern day engineering and technology. Plants, although immobile, are just as alive as animals. See, many may judge plants as unexciting when compared to our furry, scaly, feathery, or baldy fauna; but in reality, the series of chemical reactions inside and outside of plants are just as important as those found in animals. Plants go through sequences of reproduction, consumption, decomposition, and other cycles just like animals. Parts of society are “plant blind” where the full awesomeness of plants is not fully scoped out. My stay at Atlanta Botanical Gardens allowed me to realize this, and it still blows my mind how plants live. As we attempt to learn more about plant life, we are left deeper in this abyss of cluelessness, always trying to swim up and decipher nature’s code.
Bibliography

U.S. Fish and Wildlife Service. 1994. Recovery Plan for Apalachicola Rosemary (Conradina glabra). Atlanta,
Editor's note
​
Wildlife In Spotlight collaborated with ten students who attended the Summer High School Leadership Summit at the Atlanta Botanical Garden. As part of Allan's seven-week program, he had to research, write and present on a plant of his choice. He met with horticulturists, conservationists and other experts to explore the Garden's collections and gather information to write his article. Students were encouraged to select plants that not only interested them, but also had ecological, ethnobotanical, or economic value.